The time is now. Goodbye, Philly! 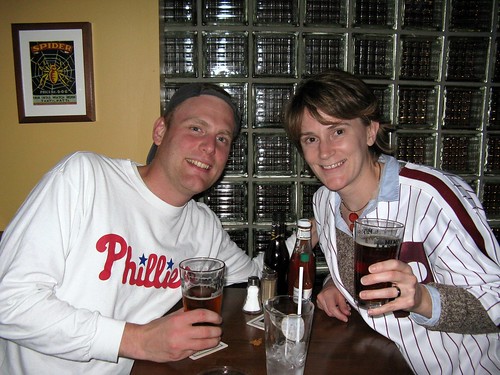 In less than two weeks, after years of discussion, Type E and I are moving away from Philadelphia.

Yes, it’s a terrible time to leave good jobs and find new ones, and it’s not the best time to sell a house. We have no friends or family in our new town. But the time is now.

After spending the last month of Moon Pappy’s life in Lititz with my family, I witnessed the importance of community and the forever home. I saw the same thing again in Galloway, NJ after Nana died. The forever home is more than an investment, more than a five year plan. And community is so much more than acquaintances, loose connections, and professional networks.

After a lot of research (and a spreadsheet, of course), Type E and I decided to relocate to Northampton, Massachusetts. The Pioneer Valley has everything we could want from nature (rivers, lakes, trees, and mountains), and Northampton has most things we could want from a town (thriving retail, restaurants, theaters, and music venues).

Taking the leap without a bridge is hard, but the house, jobs, and other details fell into place after we committed to the change. Because why wait?

Thanks to Wharton Computing for 5 ½ years of opportunity. It’s a great place to work and a tough place to leave.

And goodbye to the Philadelphia characters and friends we’ve met over the years through blogs, neighborhood dramas, work, clubs, fishtown.us, and just wandering around this great city of ours. Walking away from you after 15 years is downright heartbreaking.

wine & cheese on the patio

our little house in Fishtown

Spaetzle in her office

MiNDTV at the Clean Air Run

5 responses to “The time is now. Goodbye, Philly!”